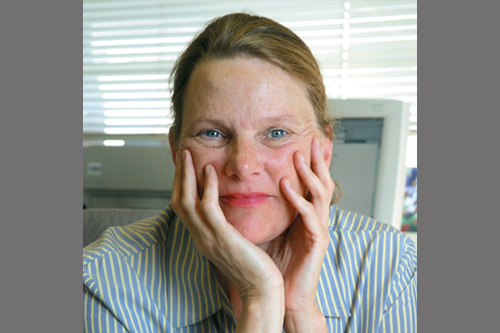 Dr. Wrensch is Professor of Epidemiology and Biostatistics in the Neurological Surgery Department at the University of California San Francisco, Weill Institute for Neurosciences where she holds the Stanley D. Lewis and Virginia S. Lewis Endowed Chair in Brain Tumor Research. Her research spans many years and includes any milestones. She began one of the first large-scale population based epidemiologic studies of adult glioma in 1991 which was funded by the NCI and served as its Principal Investigator. Since 2002 she has been the Project co-leader of the Brain Tumor SPORE project. In 2009 a collaborative project resulted in one of the first genome-wide association studies of adult glioma in which several glioma risk loci were identified. In 2012 the same team discovered a glioma risk allele that confers a six-fold risk of oligodendroglial tumors and IDH mutated astrocytomas. In 2015, they published another study in collaboration with the Mayo Clinic that defined five glioma molecular groups based on 1p/19q co-deletion, IDH mutation, and mutations in the TERT promoter that appear to have distinct mechanisms of pathogenesis and that account for over 95% of grade II-IV gliomas. Dr, Wrensch is currently in the process of conducting large-scale genome wide association studies of glioma survival, meningioma, and childhood leukemia. She is also a co-investigator for other multi-site studies of glioma risk and of familial glioma risk, genetic epidemiology of lung cancer, and breast cancer epidemiology. She served as US Co-President of the Brain Tumor Epidemiology Consortium, and recently served as a member on the EPIC-CASE study section. Her service spans over 30 years. In 2016 her leadership was recognized by the Society for Neuro-Oncology when she was awarded the Lifetime Achievement Award. Dr. Wrensch was a founding member of the CBTRUS Advisory Board.